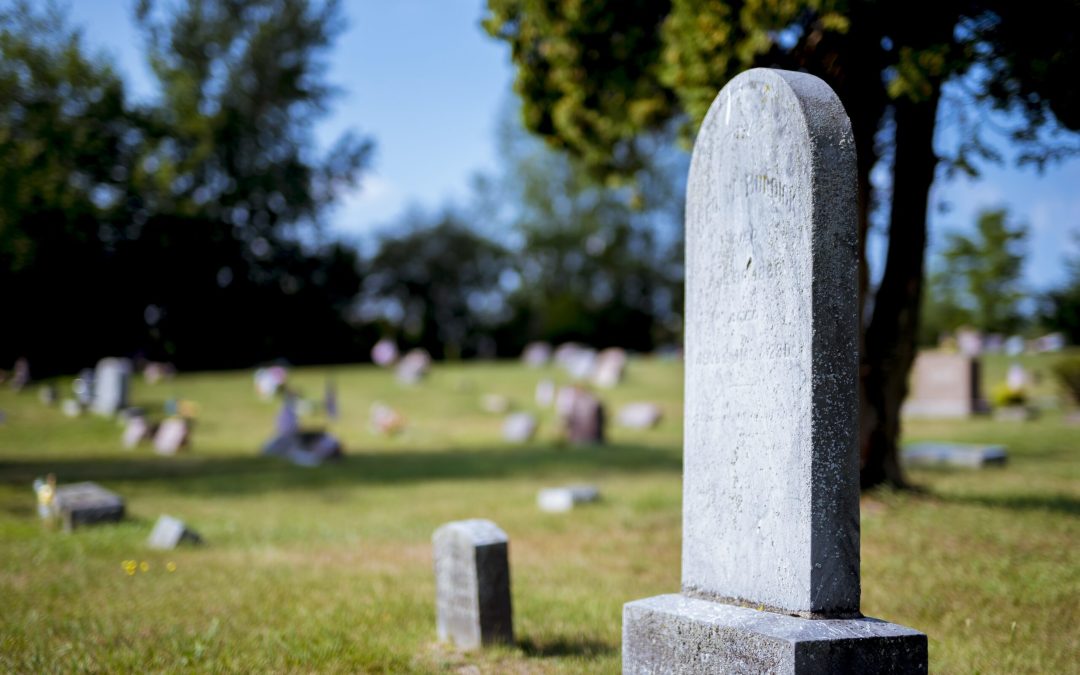 Halloween is an occasion that prompts some people in our community to drag out the strangest collection of yard decorations, including turning their yards into cemeteries. I don’t mean to spoil your enjoyment if that is your thing, but I just have too much respect for cemeteries to treat them this way. I’ve attended cemetery annual meetings and participated in clean-up days at rural cemeteries around East Texas all my life. Though I grew up in a metro area where corporations ran the major area memorial parks, most of my cemetery visits were solemn occasions to bid a final farewell to the earthly remains of friends or family members in small, peaceful rural cemeteries. Such occasions were hallowed events complete with reflections on life with laughter and tears.

East Texas Communities Foundation is an organization that administers many charitable endowments benefitting local nonprofit organizations. Through that work, I have had several occasions to learn about local cemeteries and counsel cemetery volunteers about the nuances of federal tax law pertaining to cemetery associations. I won’t go into all the details in this article, but there is a special designation for cemetery associations found in section 501(c)(13) of the Federal tax code that distinguishes these, predominantly rural cemeteries from church or municipal cemeteries. The tax code currently permits individuals to make tax-deductible contributions to these (c)(13) cemeteries but does not permit individuals to leave tax-deductible gifts from their estate. In addition, these cemeteries are also not eligible to receive general support from private foundations. It doesn’t appear that this was intentional, but nevertheless, it is the current law. Over the years ETCF has been approached by many of these local cemetery association volunteers asking if ETCF can administer their endowments. Because there is no parity for these nonprofit cemeteries across the individual, estate, and private foundation portions of the tax code, our organization is unable to serve them.

As I researched the history of this tax conundrum, which is summarized in a Fordham Law Review article titled “A Grave Injustice”, I discovered that the courts have consistently ruled that it is up to Congress, not the courts, to fix this anomaly. With the assistance of Texas District 1 Congressman Louie Gohmert and his legislative staff, a bill, aptly titled “The Grave Injustice Parity Act”, was drafted to fix this issue. Though Congressman Gohmert is not on a tax-writing committee, he graciously allowed his staff to assist with this multi-year project. The bill was drafted, reviewed by House Legislative Counsel, reviewed by the Treasury Department and scored by the Joint Committee on Taxation. Each of these steps is only available with the direct involvement of a member of Congress. As Congressman Gohmert prepares to leave office in January, I would like to express my sincere thanks to him for his assistance with this unique project.

I would like to think that getting a bill passed is easy, but as the Schoolhouse Rock cartoon, “I’m Just a Bill” reminds us, it is a long journey to become a law. The good news is we are making progress on this hallowed project. After discussing the draft bill with many congressional staffers on the key committees in the House and the Senate, the bill was introduced by Representative Ron Kind (D-WI) and Representative Jason Smith (R-MO), bipartisan members of the House Committee on Ways and Means, in December 2021. House Resolution 6226 can now be viewed and followed in the Congressional Record at Congress.gov. We continue to seek cosponsors in the House as we work with interested Senators to draft and introduce a companion bill in the Senate. If you are interested in learning more about this unique issue or how you can help, please don’t hesitate to contact East Texas Communities Foundation. Members of Congress need to hear from the public and be encouraged to cosponsor this bill.  As people around our community get into the spirit of Halloween, it reminds me that we are making hallowed progress on a bill that will benefit local cemeteries across East Texas and around the country. Over 12,000 of these nonprofit 501(c)(13) cemeteries exist across the U.S., including over 1,600 in the State of Texas. If you are looking for a way to show honor and respect for local cemeteries and help change a law to support their perpetual care, encouraging your members of Congress to support HR 6226, the “Grave Injustice Parity Act”, maybe your next best opportunity to Give Well.