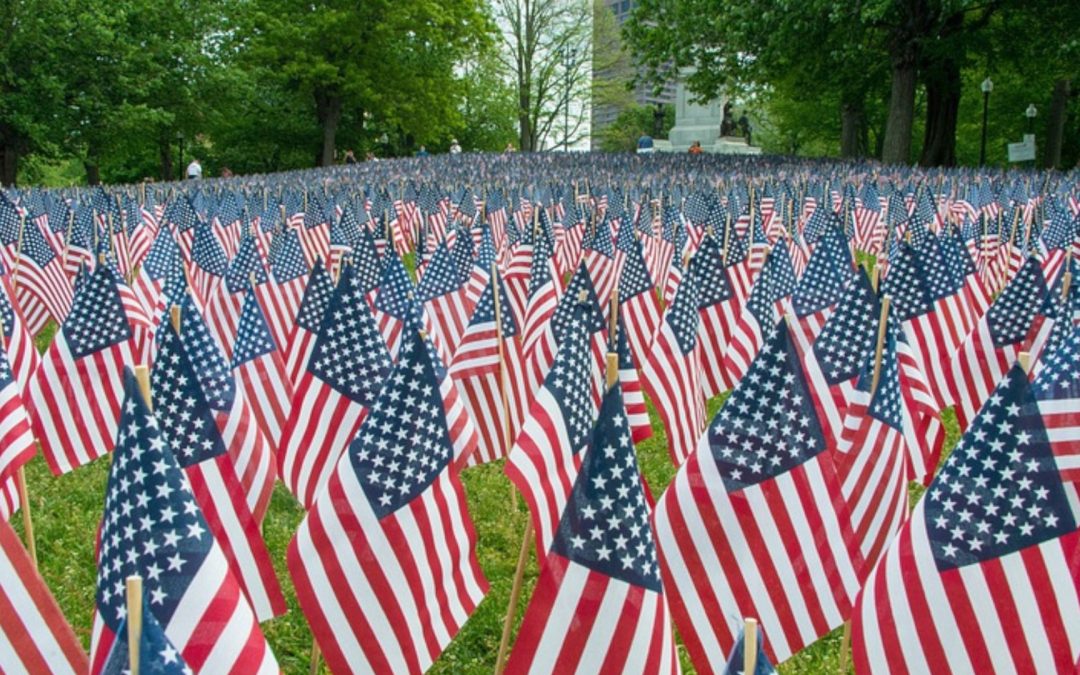 The solemn celebrations of Memorial Day around East Texas last week were a reminder of the freedoms protected by the sacrifice of hundreds of thousands of members of our military over hundreds of years. The Civil War claimed more lives than any other conflict in U.S. history and the tremendous loss of life required the establishment of our country’s first national cemeteries. As a result, many communities organized local observances with memorial gatherings including speeches, parades, and reverent visits to local cemeteries to honor fallen soldiers. These local annual observances culminated in the establishment of Memorial Day as a federal holiday in 1971.

Before the Civil War had ended, President Abraham Lincoln delivered one of his most famous speeches at a memorial observance at the newly established Soldier’s National Cemetery in Gettysburg, Pennsylvania. Lincoln’s Gettysburg Address included words that we would do well to consider today. In speaking about the lives remembered at the new national cemetery Lincoln said, “It is rather for us to be here dedicated to the great task remaining before us—that from these honored dead we take increased devotion to that cause for which they gave the last full measure of devotion—that we here highly resolve that these dead shall not have died in vain –that this nation, under God, shall have a new birth of freedom—and that government of the people, by the people, for the people, shall not perish from the earth.”

Those words of Lincoln remind me that as Americans, we all have a responsibility to complete the “great task remaining before us…”, which includes protecting the freedoms for which some have paid the ultimate sacrifice. Our defense of those freedoms may not cost each of us our lives, but it may require our effort nevertheless. In the world of philanthropy, some of the greatest freedoms we value are found in the first amendment “freedom of speech” and “the right of the people peaceably to assemble”. The Supreme Court has long defended the freedoms in the first amendment to include the freedom of association, which is the freedom to associate with others who have similar political, religious, or cultural beliefs.

At its most basic level, philanthropy is the gathering of people who share similar beliefs about a particular problem or condition, who then voluntarily devote their personal resources and effort to solve the problem. Government programs rely on the compulsory collection of taxes and involuntary redistribution of resources to address an issue with a remedy devised by legislators. Government programs are designed to respect values and religious beliefs, but not necessarily promote them. Individuals and nonprofits, using voluntary resources, can provide support and programs within the context of a distinct set of values or religious beliefs. According to many philanthropists, some of the most difficult problems facing our nation can be more effectively addressed with a combination of physical and spiritual support.

The freedom of association is critical, but so is the freedom to support such causes without being named or recognized. According to the Philanthropy Roundtable, there are many reasons why a person might wish to give anonymously or keep their names out of the spotlight. They might want to minimize risks to their own personal privacy; they might prefer the attention go to the good work of the charity rather than themselves, or they might want to avoid being seen as taking ownership of a cause or organization. Donors may also wish to give anonymously to avoid being solicited by other groups or to honor a religious tradition that favors anonymous giving. Arthur Brooks in 2021 pointed out that both Maimonides, a Spanish sage who lived in the 12th century, and the International Journal of Research Marketing from 2015, attributed greater happiness to donors who gave unpublicized gifts to others.  As noted by the Philanthropy Roundtable, “…the current climate of cultural divisiveness has transformed the act of donating into a public and often politicized spectacle.” As we reflect on Lincoln’s challenge from his famous Gettysburg Address, we must remain dedicated to the task of protecting the freedom to support the charities of our choice without fear of retribution from those who disagree with our perspective, values, or religious motivations. Perhaps learning more about the threats to donor privacy from an organization like the Philanthropy Roundtable is your next best opportunity to remain vigilant and Give Well.