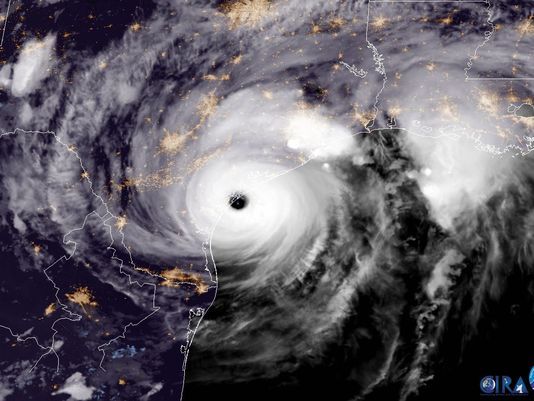 Reflecting on 9/11 and witnessing the response to recent hurricanes in Texas and Florida, reminds me that most people respond to hardship and tragedy with tremendous grace and compassion. This innate response is the very root of the word philanthropy…loving people. Though I wish it did not require a disaster to bring out this level of grace and compassion, it does stir my faith in humanity. It is not money that causes a fireman to rush into a burning building or the Cajun Navy to descend upon southeast Texas in their flat bottom boats, it is love for humanity. When good people see others suffering, they often look for ways to help.

Philanthropy plays a major role in disaster response and the burden of the Federal government would be much larger if local, state, national and international charities were not involved in the effort. Chief among the charitable first-responders are many faith-based organizations such as The Salvation Army, Catholic Charities USA, The United Methodist Committee on Relief (UMCOR), Southern Baptist Disaster Relief (known locally as Texas Baptist Men), Samaritan’s Purse and many others. These organizations mobilize a huge number of volunteers and significant equipment resources to serve not only victims of disaster, but first-responders as well. For some of these volunteers, assisting their fellow man following a disaster is an expression of their gratitude for their own blessings and for others it is a way to directly obey Christ’s command to love your neighbor. Regardless of their specific theology, their efforts are clearly compassionate.

As a philanthropist, you may be compelled to make a gift based on the news and social media coverage of the hurricanes and human suffering, yet also a little overwhelmed and uncertain about which organizations you should support. While many worth organizations have descended on the Houston Metro area to help with the recovery, I have highlighted a few organizations that have historically provided meaningful assistance in disaster response and recovery.
Think about the phases of a disaster and determine if you have a preference for any particular organization based on their level of activity in each phase. Certain organizations are more active in the immediate response phase while others are more active during the long process of recovery. Still others are active throughout all phases of the disaster. As an example, I grew up Baptist, so I am familiar with the work of Texas Baptist Men. In a situation like the Gulf Coast flooding from Hurricane Harvey, many Texas Baptist disaster units are currently active, including chainsaw teams, flood recovery teams, shower/laundry units, and feeding units. Texas Baptist Men do not have specific teams for water rescue, but they are set up at many shelters and staging areas to receive and support victims who have been plucked from the floodwaters. Other groups active in the response phase are the Red Cross and Salvation Army, who assist with shelter operations and support for shelter residents and first responders.

Samaritan’s Purse is a national organization that assists in disasters as long as they are needed, providing short-term response assistance and providing long-term 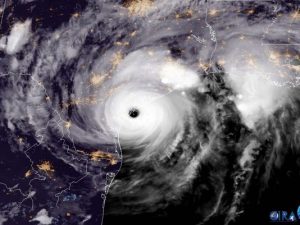 support by coordinating volunteer teams with specific homeowner requests. As an example of their commitment, Samaritan’s Purse has recently been deployed to West Virginia and North Carolina, providing continuing support for disasters from 2016. My church is currently working through Samaritan’s Purse to send weekly teams to the Texas gulf coast area. The need is great and the end is not currently in sight.

Charities such as UMCOR and Catholic Charities USA have developed and deployed additional expertise in case management to coordinate individual needs and support from immediate response through long-term recovery. Two other unique areas of disaster response expertise have been developed by Save The Children and Adventist Community Services. Save The Children establishes and operates child care facilities at shelters to provide child care services so parents can devote their attention to restoring their homes and lives, while Adventist Community Services provide warehousing operations for donations and supplies which could otherwise overwhelm an already chaotic situation. Each charity has found a niche where they can support the coordinated efforts to restore lives and communities.

Our friends at the Greater Houston Community Foundation have created a disaster fund on behalf of the Mayor of Houston. With their local knowledge of the effective work of many community organizations, they can make very good decisions about how to direct the generosity of others.
Perhaps investing in the response and recovery efforts of one of the many charities who are serving victims of the recent hurricanes is your next best opportunity to extend grace and give well.

Share:
Home is Where The Heart Is
Art Education